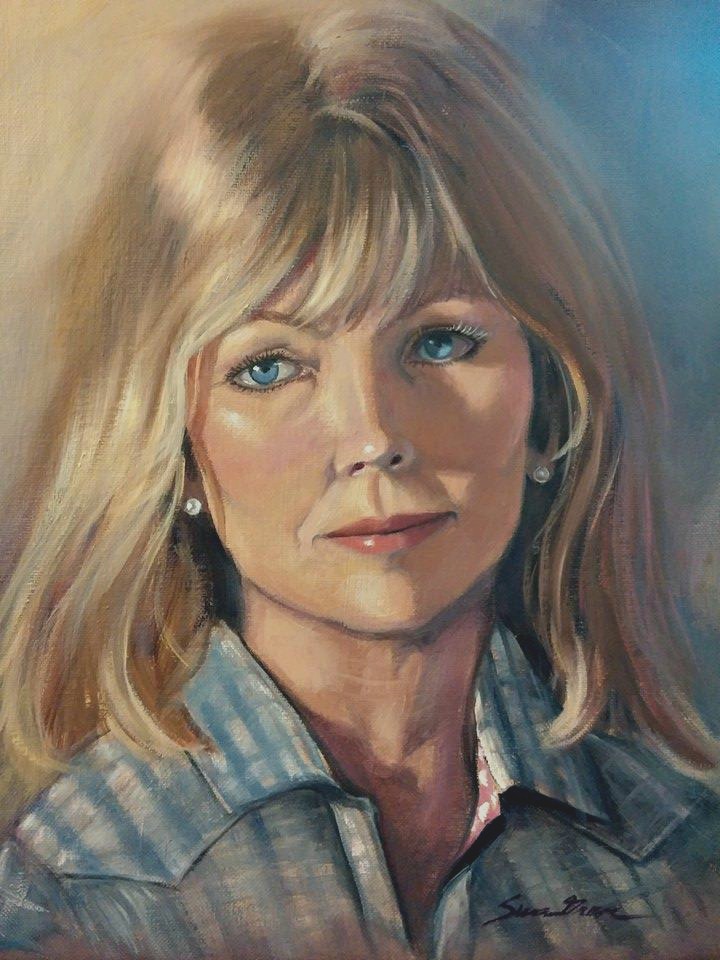 My formal training began when I was a child, living in Southern California. I used to go with my Dad to an oil painting class weekly. I absolutely took to it like a duck to water. The only thing I could imagine for my future was to be an artist.

Years later I attended BYU Idaho to pursue my love of art as a fine art major. Here I was exposed to many different mediums. My favorite medium is oil followed closely by watercolors. I have also had a particular interest in the figure.

I went on to get married and start a family. We lived in Southern California, five children later, we moved to Southern Utah. I continued to paint and took oil painting classes periodically.

It was during this time of raising my little brood that I was exposed to some beautiful murals painted in my Uncle’s home. I knew that I could paint like that, and determined then and there, that as soon as my youngest child entered first grade I was going to pursue decorative painting. True to that decision, when my youngest was in school, I took a handful of photos I had collected of some murals I had painted in my home and in a neighbor’s house. I took those images and showed them around to some designers in town. To make a long story short, I ended up painting murals in four “Parade of Homes” houses that year. This started my career in decorative painting. That was 23 years ago. I have been painting murals and faux steadily for these last 20 plus years.

In the last couple of years I have been focusing more on my fine art with a desire to go back to what I love the most. I spend time daily on my pursuit of excellence in portraiture, landscape and still life.

All of my paintings are for sale. I will also do commissions.

Contact me for a free quote
Scroll to top